The big Lumia overview: smartphones from cheap to expensive 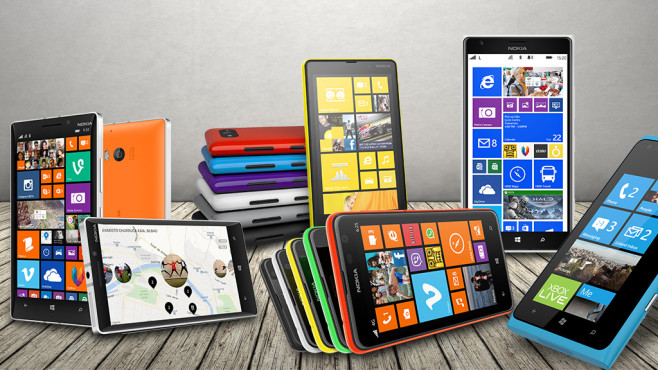 Happy play of colors: Nokia Lumia smartphones stand out with their colorful backs.

After Android and iOS, Windows Phone is the third force in the smartphone market. And has caught up with the competition with the update to Windows Phone 8.1. The range of apps is now also in order. For PC users with Windows 8.1 or, in the future, Windows 10, Windows phones also offer advantages thanks to built-in apps such as One Drive or MS Office and the synchronization of settings with the PC. The Lumia model series, which has meanwhile been taken over by Microsoft, is the absolute top dog on the Windows phone market, as you can see from smaller providers such as Archosab. There are currently around 20 different Lumia models in COMPUTER BILD's smartphone best list alone. Special feature: The price range is enormous, currently ranging from 69 euros to just under 500 euros (Idealo prices from February 12, 2014). The question arises: For whom is which device is best?
»Windows Phone 8.1: This is new

Windows Phone offers advantages when it comes to cheap smartphones. It is easy to use and runs smoothly with simple hardware. In addition, unlike Android, there is no memory trap: As of Windows Phone 8.1, apps can be saved on microSD cards. There are currently four Lumia models for 100 euros: the 4-inch smartphones Lumia 530 and Lumia 435, the Lumia 630 (4.5-inch), the 5-inch model Lumia 535 - the Lumia 532 will be added soon. The very dark screen and the rather small 4 GB memory speak against the Lumia 530. The Lumia 435, on the other hand, fails because of the weak camera and the bulky housing.

Nokia Lumia: smartphones for every budget

A clear purchase recommendation is the handy Nokia Lumia 630, which is also available as a dual SIM version and as an LTE version (Lumia 635). You have to do without a front camera, automatic brightness control and flash, but the overall package is right: The display is sufficiently large, and thanks to Nokia's Clear Black technology, it impresses with strong black levels. The Lumia 630 lies comfortably in the hand, the design is anything but cheap, even reminiscent of Apple's iPhone 5C. The Snapdragon 400 quad-core processor works quite quickly and also has an energy-saving step counter. With a not quite as high-quality display, but even better features (front camera, more RAM) and the popular 5-inch size, the Lumia 535 is also an alternative. However, the screen is not as contrasty as the Lumia 630 and the processor is a class slower (Snapdragon 200).

Sharper screen, better camera, more speed: For those who use their smartphone more intensively, the Nokia Lumia 730 Dual SIM and Lumia 735 offer significantly more in the long run. The almost identical smartphones each come with a 4.7 inch display (1280x720), 8 gigabytes of memory and the 1.2 gigahertz four-core Snapdragon 400 processor. The main camera has a resolution of 6.7 megapixels, and Nokia has a 5 on the front -Megapixel snaps for Seflie enthusiasts. If you don't rely on a dual SIM function, you will travel better with the Lumia 735: In contrast to the 730, it offers the fast LTE radio standard and wireless charging technology. Here it is worthwhile to study the daily prices. Because Lumia users can sniff some upper-class air for around 50 euros more.

After the latest price reductions, the Lumia 830 is available for around 250 euros. Despite its metal design, it is quite slim and light. And in some cases even outperformed top smartphones such as the iPhone 5S in terms of camera and battery life. The 5-inch display offers 1280x720 pixels and appeared bright and clear when you touched it for the first time. The good 10 megapixel camera has an optical image stabilizer, and the camera button on the housing makes it easier to take quick snapshots and videos. In the laboratory, the camera surprised with one of the best visual test marks in daylight.

Quad-core processor, 2 gigabytes of RAM and 5-inch full HD display - these are the key data of the Lumia flagship Nokia Lumia 930. The frame is made of aluminum, the back is made of plastic. Gorilla Glass 3 is designed to protect the screen from scratches. The showpiece is the 20 megapixel camera. In the laboratory test by COMPUTER BILD, the notches impressed thanks to Carl Zeiss optics, especially in good lighting. The Lumia 930 was also able to beat the contenders Galaxy S5 and iPhone 5S when taking pictures with a flash. With the latest updates, the camera now works fast enough.

From cheap to expensive: the phablets

There are currently two Lumia smartphones with a huge XXL display: the inexpensive Lumia 1320 (a good 200 euros) and the top model Lumia 1520 (a good 400 euros) with a lush 6-inch display. The successor to the Lumia 1330 expected for spring should offer a slightly smaller display at 5.7 inches, but at the expected price of less than 300 euros, it will bring a high-quality Pureview camera similar to the one in the Lumia 830.

In the course of the year, Microsoft will offer a free update to the new Windows Phone: The mobile version of Windows 10 will then be essentially identical to the PC Windows, but the operating concept will not change much on the mobile phone. With a new browser, fully fledged Office and many new features in detail, the system once again brings significant improvements. Originally, all Lumia models with Windows Phone 8 should receive an update to Windows 10. Microsoft is now saying that not all models get the full range of functions. On the Lumias 630, 635, 730 and 830 you can already try out a very unfinished developer version of Windows 10, and the top models 930 and 1520 should follow soon. For full performance under Windows 10, a model with 1 gigabyte of RAM should be used.

If you are looking for a cheap smartphone with smooth operation, a good camera and a fresh design, you will find a Lumia model in almost every price range with a better price-performance ratio than is the case with Android smartphones or Apple. Especially the entry-level models Lumia 630 and 535 are hard to beat here. If you are looking for a high-end smartphone with a top camera, you cannot ignore the Lumia 830. The upper-class models 930 and 1520 with 4K video recording and full HD display cost only half of the Apple competition. Before you buy, however, you should make sure that your favorite apps are also available for Windows Phone.

Smartphone innovations from A to Z