Will NIFTY fall in January

Interview: An interview with the talented AWP player and announcer of the Renegades

We have another interview for you. This time with the American Noah 'Nifty97' Francis from Team Renegades. He spoke to us about his work as an in-game leader in the midst of three Australians, his role models in terms of in-game leading and cultural differences. 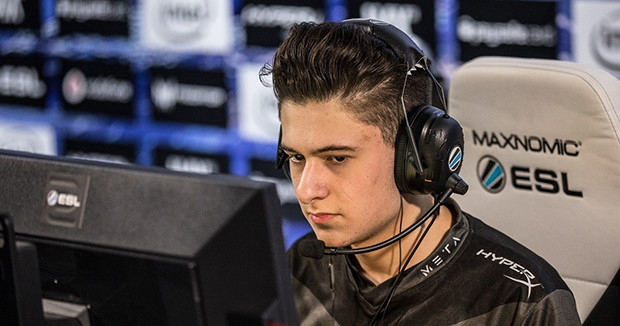 When did you take on the role of in-game leader for the first time? Was it your personal decision to take on this role or were there just no alternatives?

I wanted to lead the team. That was about a month after I joined the lineup and we finished IEM Sydney. I then spoke to Coach kassad and told him that I would like to become an in-game leader. Even when NAF joined the team, I continued to take on the role of announcer.

Do you have some kind of role model in the role of in-game leader?

Yes, trapN. I like the way he designs his team and I also play the AWP myself while I announce. It's an interesting playstyle and there aren't many IGLs like him. I have enjoyed watching them play for years, even if they are a little weak at the moment. But they will survive this phase, as it should be for champions. I am impressed by the way that FallN leads the team and the way he talks to his players.

What did you focus on in your IGL role and what challenges did you face at the beginning?

You have to learn right from the start not to waste time. Both the freezetime and the lap time itself can sometimes fly by. That is why you have to pass on your calls in good time and address things clearly so that everyone knows what to do. When it comes to mid-round calling, to be honest, I'm not as good as I would like to be.

But especially in the matches against the top tier teams, I learn a lot. At first it was all very bumpy and required a lot of training. As I said, I just focused on learning not to waste time and being effective.

Some things just took time. For example, how best to use my team so that they can deliver the best possible performance. We had to and do have to deal with some problems. Therefore, I have to master as many scenarios as possible in order to be able to deploy my team more efficiently.


You have already gained some experience in this regard. Can you now devote yourself to other things in the game?

It's a bit crazy because it feels like we've played against top teams a lot more often since the end of 2017. As if we had reached a whole new level - a whole new universe. I want to dive into it as deeply as possible so that I can learn more things and keep up with the best teams in the world or even beat them in the long run.

Of course, I also want to work on my own game, because I have noticed that my team performs better when it notices that I am confident and confident. But like I said, there is still a lot to learn.

Is it important for you to have experienced players on your team?

Well, a lot of people think that after three years or so you already have a lot of experience and know how things are. I've been in this phase myself for about a year and a half and it's just exciting to go through this process. At this level that I mentioned, it's like playing a whole new game. For us as a team, now is the time to get bigger and better, establish ourselves in the top 10 and maybe one day be number one.

Would you say it helps to be an emotional in-game leader?

It's always difficult to play with emotions in my opinion. It can bring something good, but it can also be negative. In the end, it depends on the team. Of course, it is possible to bring in emotions, as long as everyone is able to put them aside at the right moment and focus on the next round.

However, if this causes frustration in the team, which is hit on the table or hands are held in front of your face, then these emotions do not bring you anything. So it always depends on who is around you. The way I've got to know my team so far, they need a calm and relaxed in-game leader - and that's what I'm trying to be. Body language is also very important in this regard.


You play with three Australians and one European. Are there any cultural problems there? Zeus, for example, has always played in CIS teams. Are there any differences for you?

There are definitely cultural differences between Australians and me as an American. In Australia, people are more relaxed and relaxed. But sometimes it also feels like I'm playing with NA players because there are no language barriers. It's also sometimes very interesting with jkaem, because he's Norwegian and every now and then a few crazy communication difficulties arise. But that's not serious - we're doing pretty well.

It basically depends on learning how your team acts and who your teammates are. Depending on what type of learner you are, you simply need time to deal with the circumstances.

Has your personal perspective on the game changed since you became an announcer and no longer dependent on calls from others?

Yes I think so. I don't know if it's because I've never played under a well-known or world-class in-game leader before, but I never really liked the way my previous announcers led the team. This may also lead to a natural leader in me, because that's in my blood. At some point I just said to myself that I could do it better and that I had confidence in myself.


How do you make sure your team listens to you and does exactly what you say?

Trust is a big factor. You can't just tell your players that you are the in-game leader now and that they have to listen to you. None of this is as strict as some imagine. You don't just come into the managing director's office and say that everyone is listening to my command.

It shouldn't work that way, because teammates are friends too. The more you enjoy the time with them and have fun, the better you can work together. For me, this is the best way to announce - to be a good friend and also to be able to listen instead of just trying to control.

One last question: we have already talked about Traps. Do you think there is an ideal role for an in-game leader to play alongside announcement?

Well, the announcer is pretty busy for a single person. I think that clears the way for very talented players. With a super team like SK Gaming, the most ideal concept is actually to have FallN as an AWP player. I don't always play the AWP myself, because it always depends on the situation.

Take, for example, gla1ve or karrigan. They're great in-game leaders and do a good job. I don't think there is a perfect role for the announcer, but it helps immensely if he can take on a second role in addition to the announcement and thus deviates from the traditional team style and division. As I said, this makes room for individually strong riflers. If this concept works, you can quickly have a team that can keep up at the top level.