Who was the ultimate superstar

"DSDS" thanks to Bohlen, Naidoo and Wendler the embarrassment of the year

With a new record participation, many thousands of readers of the media magazine DWDL.de have chosen the ultimate embarrassment of the media year 2020 in the past few days. Eleven suggestions from the editorial team of the media magazine were available, which apparently was not that easy. With 20.8 percent of the votes cast, "Deutschland sucht den Superstar" wins this year's vote from the readers of Germany's most widely read TV industry service and thanks to Dieter Bohlen, Xavier Naidoo and Michael Wendler - whom we put side by side in our assembly thus deserves the Super-Günter for the ultimate embarrassment of the media year 2020. Bohlen could still be happy: he did not get 20.8 percent for a long time.

The DWDL.de editorial team explains: The casting show this year was the biggest stage for the most dubious names in German television entertainment - and that didn't just start with Xavier Naidoo. In January, Dieter Bohlen practiced scolding journalists when a candidate in "Deutschland sucht den Superstar" mentioned that she was studying journalism. "Do you want to be such a cheeky journalist?" Asked Bohlen and added: "They actually only spread lies. Nonstop." In March, RTL, UFA Show & Factual and the show itself flew the personality Xavier Naidoo when videos with confused conspiracy theories of him surfaced.

The broadcaster reacted quickly, but in previous years no one in the media group was bothered by the singer's long-known, questionable views. Pathetic how jury boss Bohlen avoided a clear statement in the first live broadcast afterwards. And in autumn the next "DSDS" jury turned completely off: Michael Wendler followed Naidoo into the depths of confused conspiracy theories. "Deutschland sucht den Superstar" was once about singing and talent. For years the show has been looking for "personalities", including weird types. This year, however, it was not the candidates, but three male jurors who lacked style and decency.

In the voting by the readers of DWDL.de, "DSDS", thanks to Bohlen, Naidoo and Wendler, ultimately prevailed against the tasteless reporting from RTL and "Bild" on the family tragedy in Solingen, which received 16.7 percent of the votes. WDR director Tom Buhrow lands in third place with 14.0 percent for his handling of the infamous satire of the WDR children's choir. The top 5 complete the escalations in the reality shows "Celebrities under Palms" and "Summer House of the Stars" (9.3 percent) as well as the annoying fakes in formats by Joko Winterscheidt & Klaas Heufer-Umlauf (7.7 percent). You can read about who else was eligible here. 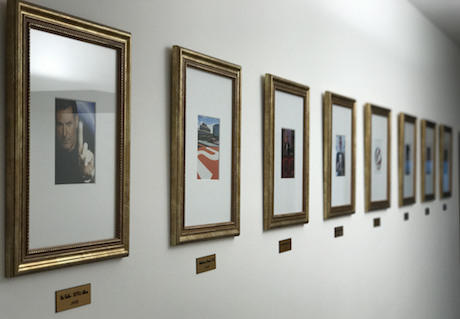 © DWDL.de The Wall of Shame from DWDL.de

The media magazine DWDL.de has been honoring people, companies and achievements every year since 2008 who, in retrospect, were “pretty ui-jui-jui”. With these words the former ARD program director Günter Struve once criticized a program of "Schmidt & Pocher". In recognition of this charming criticism, the DWDL.de editorial team first determines the winners of the Golden Günter every year. The readers then choose the Super-Günter, the ultimate embarrassment of the year. Last year, the RTL program "Mario Barth covers up" won the award for misleading reporting.

A year earlier it was the German TV Prize and the forgetting of the authors. The Golden Camera won in 2017, Mario Barth in 2016, Xavier Naidoo's short-term ESC nomination in 2015, the ProSieben show “Die Millionärswahl” in 2014, the RTL disaster film “Heroes” in 2013 and Sat.1 in 2012 for its poor overall performance . In 2011, the readers of the media magazine DWDL.de voted the integration bambi for Bushido as embarrassment of the year. In 2010 it was the “Oliver Pocher Show”, in 2009 the political theater for the re-election of ZDF editor-in-chief Nikolaus Brender and in 2008 the ProSieben show “Uri Geller: UFOs & Aliens” was honored with the very first Super-Günter.