Pictures, autographs, worn clothes: when it comes to their favorite artists, fans are absolutely willing to pay large sums for special memorabilia. The bigger and more important the artist, the higher the prices. Michael Jackson had a huge impact on the music industry. For many he was and still is a great inspiration. So it's not surprising that many memorabilia sell for incredible prices. In this story you will learn which are the top 5 most expensive Michael Jackson memorabilia are ever sold.

5. Signed “Jam” basketball - € 249,000
This basketball was cheated by two of the world's most famous Michaels: superstar Michael Jackson and basketball legend Michael Jordan. It was part of Michael Jackson's 1992 music video "Jam". In the video, the two Michaels bring each other closer to their fields of expertise: Jackson shows Jordan how to dance and Jordan shows Jackson how to play basketball. This basketball was signed by both of them, which makes it even more special. In 2010 the ball went up for auction and sold for almost 250,000 euros. 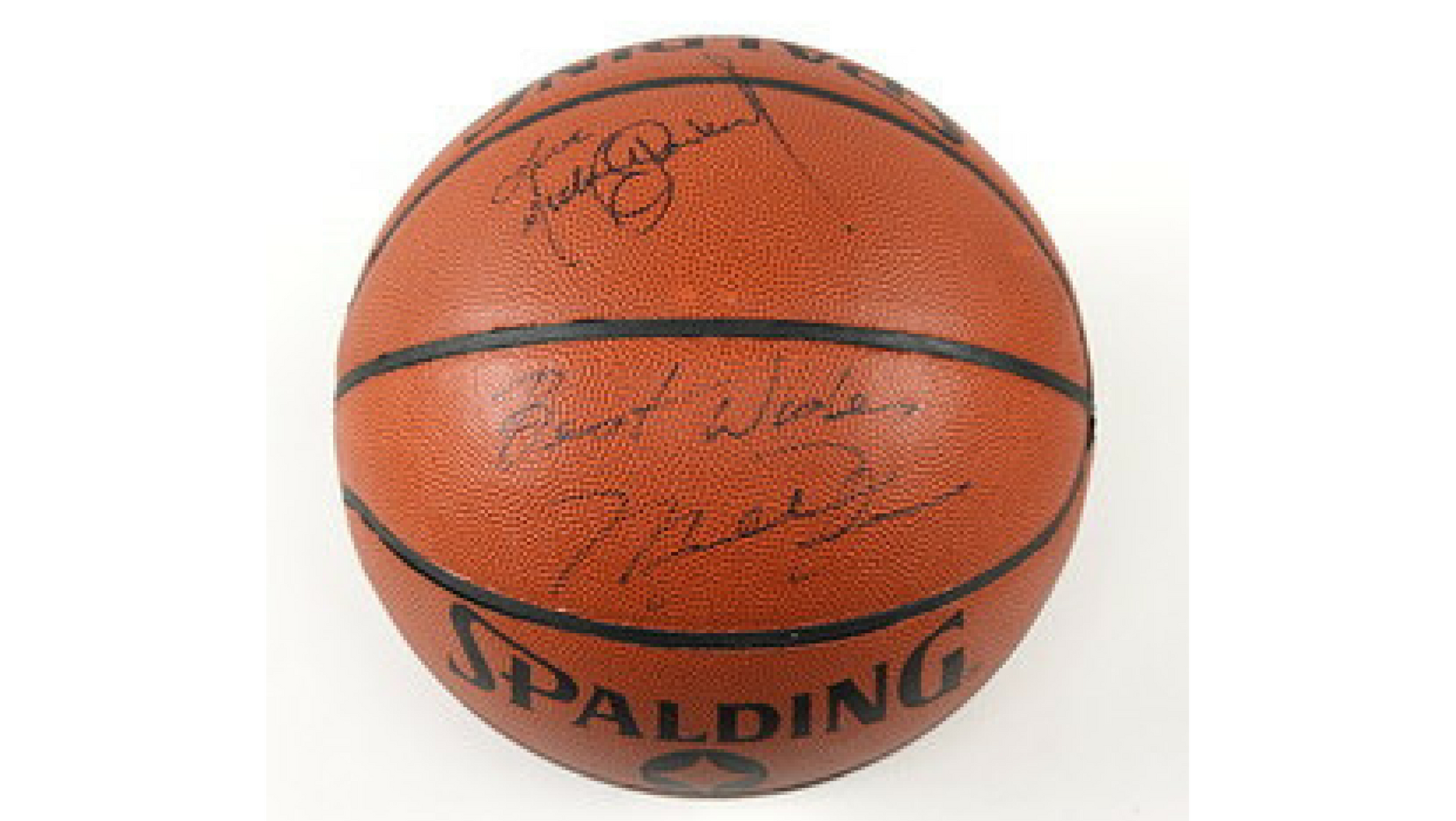 4. Motown 25th Anniversary Glove - € 297,000
Jackson was famous for his music, moves, and looks. Wearing only one glove was one of his special trademarks. Some of these gloves have already been auctioned and are very popular among collectors. This shiny, cream-colored leather glove was sold for almost 300,000 euros. Jackson wore it during his Billy Jean appearance on the Motown record label's 25th anniversary television special in 1983. That evening, he showed his famous moonwalk for the very first time. 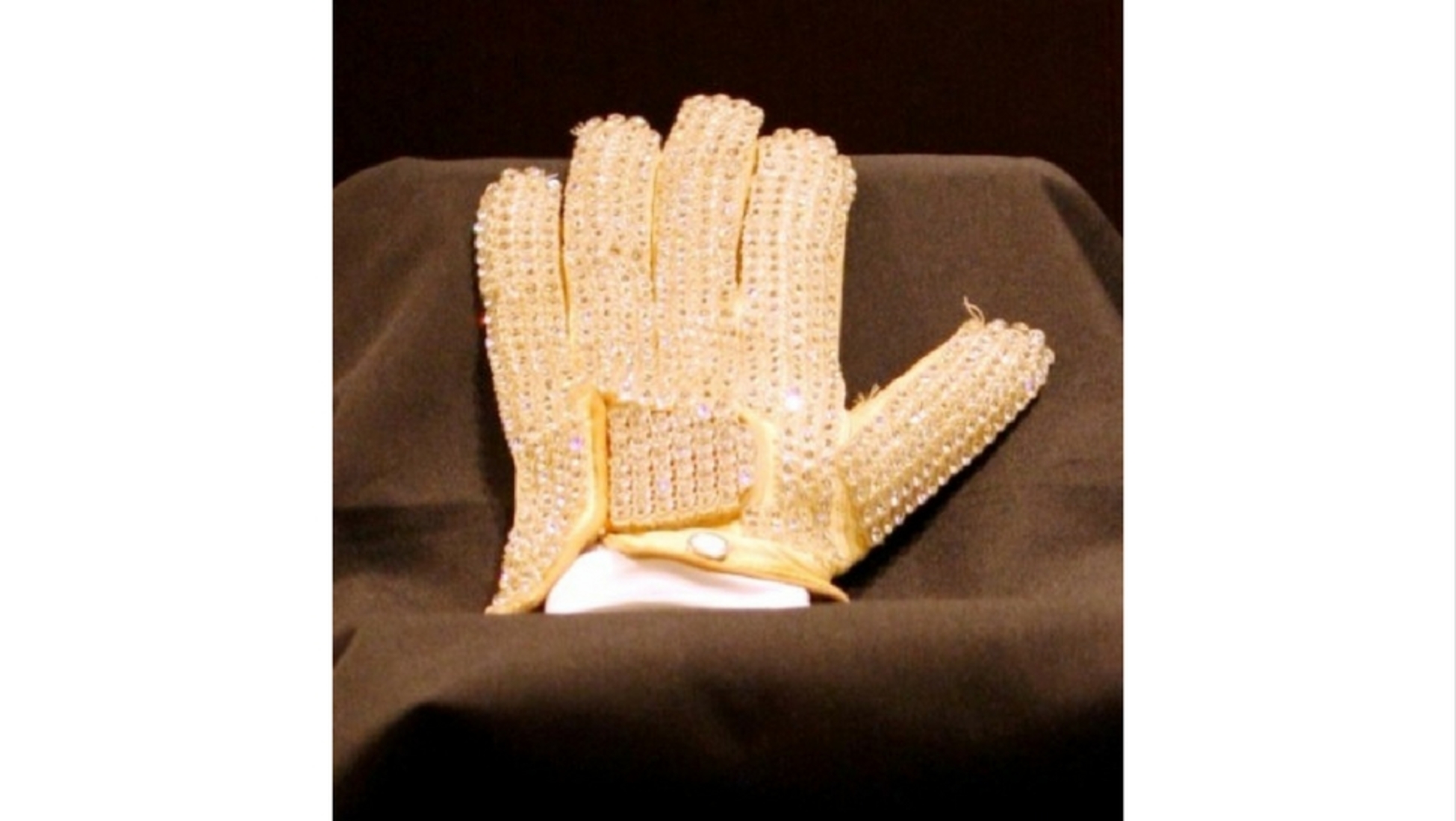 3. Michael Jackson (Green) by Andy Warhol - 848,000 euros
The pop culture artist Andy Warhol frequently made international superstars the subject of his work. Marilyn Monroe, Elvis Presley and Muhammad Ali. They were all depicted by the exceptional artist. And of course he was also interested in the great King of Pop. In 1984 he portrayed Michael Jackson wearing the jacket from the thriller video. In May 2009 the painting was auctioned for 236,000 euros. That was just before Jackson died. A few months later, it was again sold for a staggering 848,000 euros. 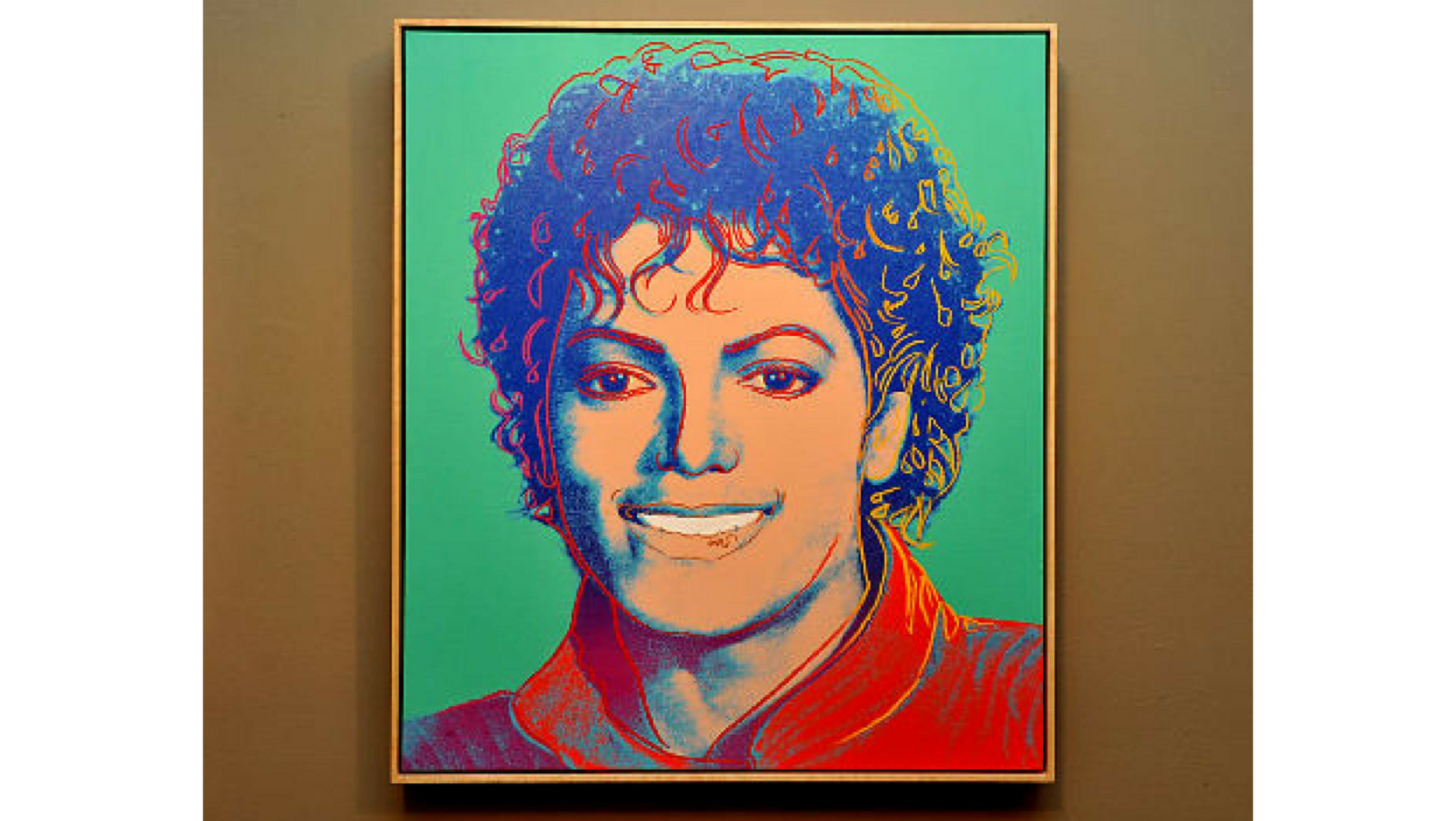 2. "Thriller" jacket - 1,526,000 euros
This is probably the most iconic piece of clothing in music history: it is the red leather jacket that Jackson wore in the video for "Thriller". The video was directed by John Landis and costs half a million dollars, making it the most expensive music video ever. It is still considered to be the best video ever produced. The jacket was made by Deborah Nadoolman Landis, the director's wife and well-known designer in Hollywood. In June 2011 this piece was sold for 1.5 million euros. 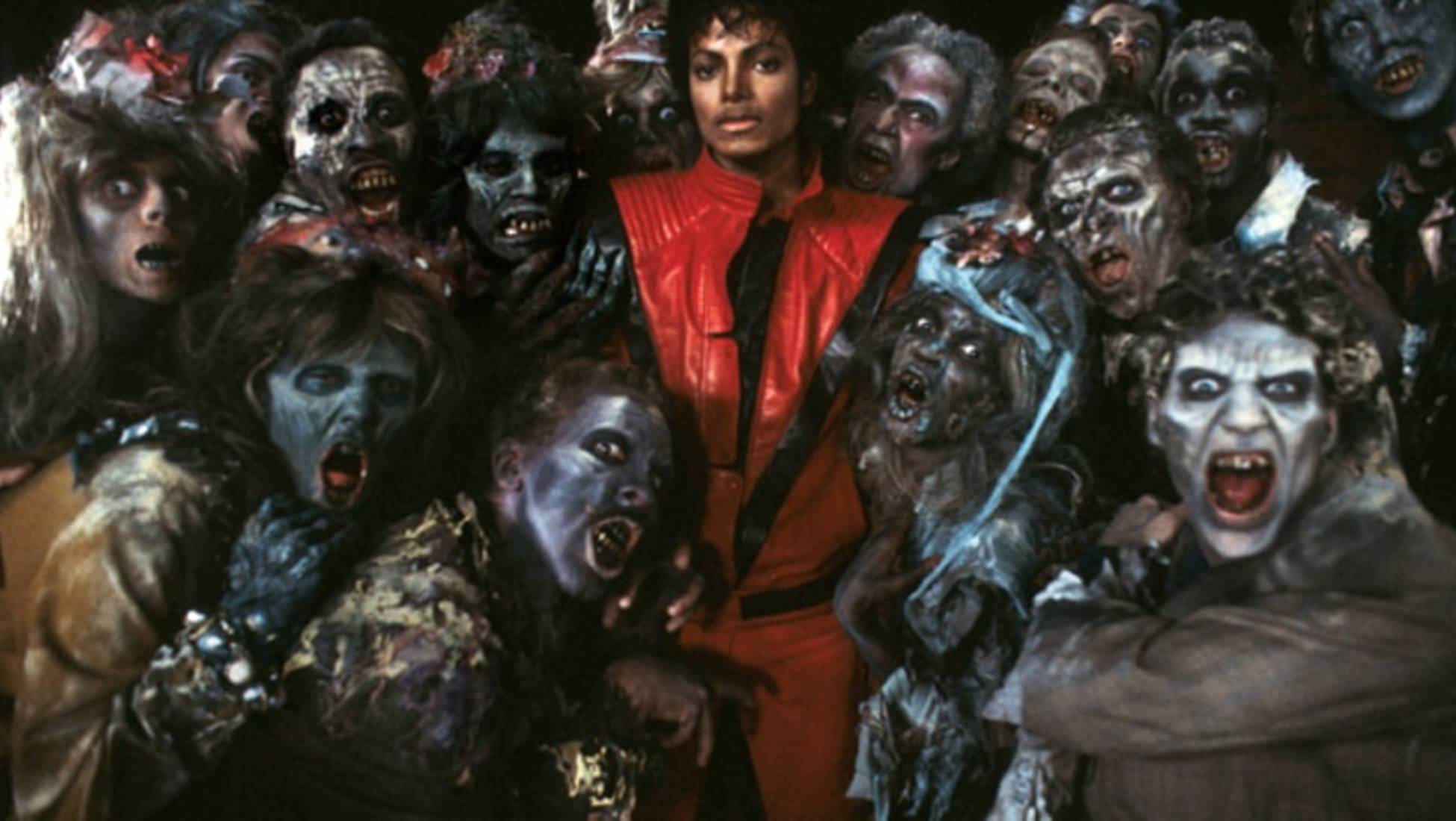 1. Michael Jackson and Bubbles sculpture - 4,760,000 euros
Number 1 on our list of the most expensive Michael Jackson memorabilia: a gold-plated porcelain sculpture with his pet, the chimpanzee Bubbles. The statue was made in 1988 by Jeff Koons produced. Among other things, he is known for his sculptures that look like large balloon animals. In 2001 this sculpture went under the hammer for 6.4 million euros. It's probably worth even more today! 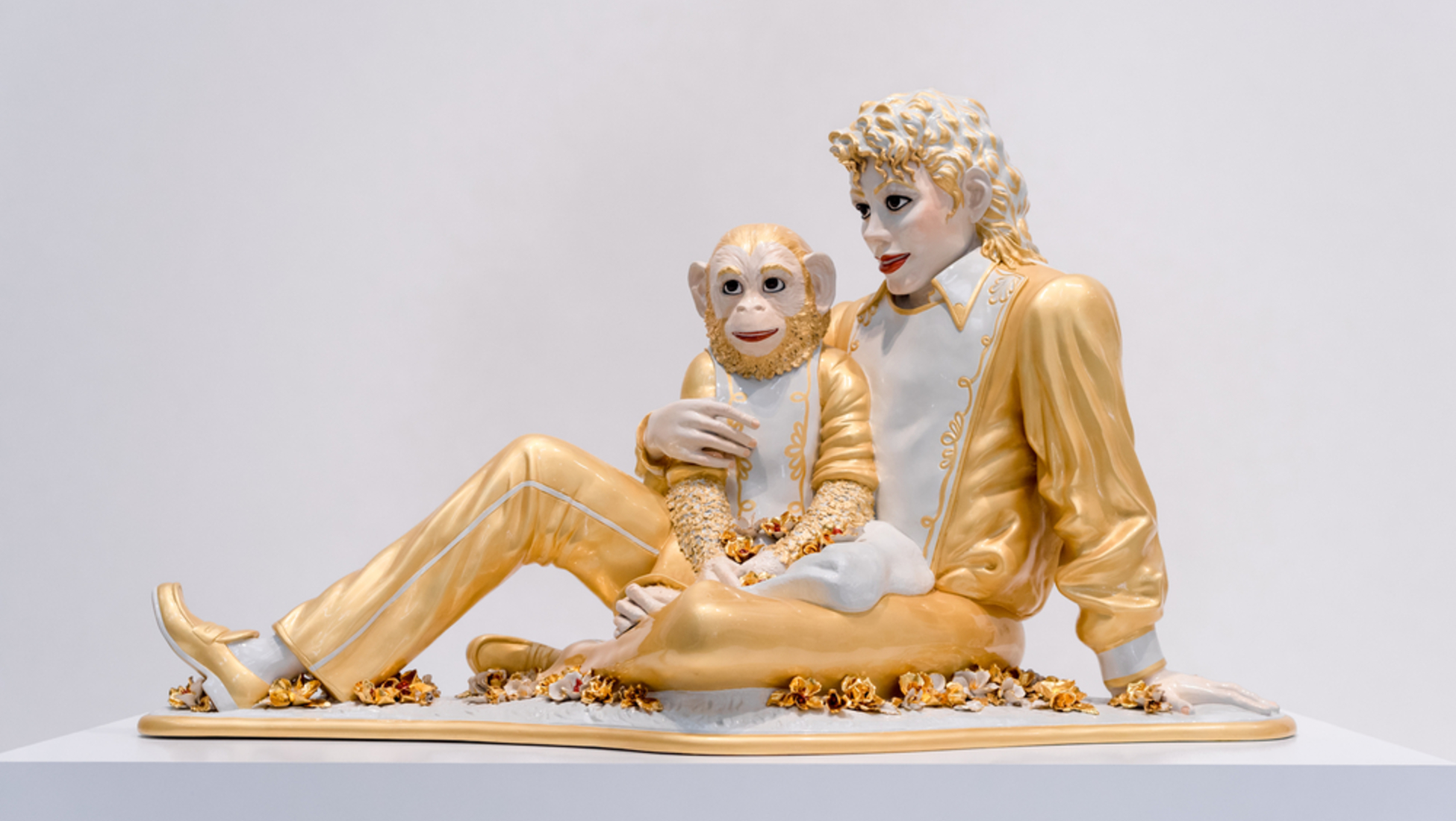 Are you a Michael Jackson fan too? Then be sure to take a look at our weekly records auctions around. There you will find great memorabilia from our King of Pop. Do you want to sell your Michael Jackson or other artist memorabilia? You don't have to be a professional dealer to do this. Everyone can sell their special objects online on Catawiki. The first step: log in and become a seller. Then you can offer your special objects in our auctions.