How is Ewa pronounced in Hawaii

Archive: information and pictures from 2000 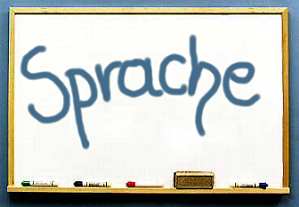 In recent years, Hawaii has revived the indigenous cultural traditions. A first step in honoring this tradition was to gradually introduce the original spelling of ancient Hawaiian names and terms.

American is actually spoken everywhere in Hawaii, and many immigrant children also speak their parents' mother tongue - Chinese or Japanese, for example. Only on the private island of Niihau, which is inaccessible to visitors, do the residents speak almost exclusively in the old language Hawaiian, for the children here it is still the mother tongue. But the island has only about 300 inhabitants and it is estimated that only about 2,000 people, mostly elderly, speak the language scattered across the islands. The newspaper "Ka Hoku O Hawai'i" appeared in Hilo - it was the last of almost 70 different sheets.

For a long time, Hawaiian could only be learned in Hawaii like a foreign language at university, but traditional islanders are committed to revitalizing it. For example, Hawaiian is already being included in the curriculum at some schools. 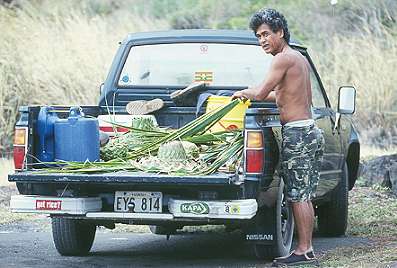 When the missionaries arrived last century, there was no script, only the spoken word. They put the melodious Polynesian language into writing, but "forgot" a letter. It's the glottal (English) or okina (Hawaiian), a sound that does not even exist as a separate letter in European languages. But in Hawaiian it has a significant impact on the pronunciation and meaning of the words, as it is usually between vowels and is spoken as a small pause in the word. He has the role of a full-fledged consonant. Without that sound you would be the place Kaaawa (on Oahu) speak with a very long a, but in truth one says: Ka'a'awa. And Hawaii is not spoken as Hawei, but clearly in three syllables Hawaii.

Well, it seems that I have "forgotten" this sound on my website as well. Actually it would have been correct to separate all vowels with a ´. I thought for a long time whether I should spell it correctly, but then decided on the "wrong" coherent spelling in order to better meet the requirements of the Internet medium. What search engines are looking for Ka'a'awa in the full text search? It is also more convenient to write without ´. Please forgive me. You can even find the sign in Hawaii okina rather on municipal street signs, on state signs you will look for it in vain.

In addition to five vowels, the Hawaiian language has only 8 consonants. Every word ends with a vowel, there are never two consonants together. It was difficult for the missionaries to match the sounds of the language with the appropriate European letters. So they decided to use the letter L to reproduce a sound between R and L that could not be clearly identified. The early traveler Adelbert von Chamisso followed in 1817 Hanaruru and reported on the local dance in his notes Hooray. He found the language so interesting that he brought out the first grammar and presented it to the Academy of Sciences in Berlin in 1837.

Different pitch levels also result in a completely different meaning. Particularly soft vowels tempt you to sing more than to speak. Another important sign is that macron, in Hawaiian too kahako or mekona called. It is a line over a vowel that makes it longer and more pronounced. 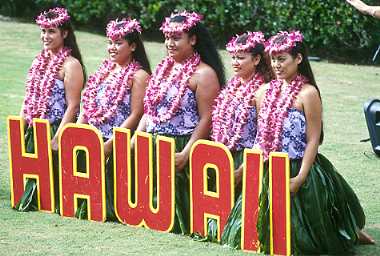 The tourist usually encounters the Hawaiian language in empty phrases that are scattered like the Polynesian islands in the Pacific in the language of the English language. Or in the form of Hawaiian songs on the souvenir cassette. And last but not least, with countless street and place names that many tourists find difficult. The pronunciation of Hawaiian words is easier for German tongues than for people in the English-speaking world, because all vowels sound like they are used to in German.

Colloquially there are a lot of expressions that tourists come across very often.

The spirit of Hawaii reigns supreme Aloha. Because this world-famous word is not just a greeting a la hello, all love or goodbye, but is made up of the words Oha, Alo and Ha - "the joyful sharing of life energy". Ha is called the breath of life, Alo means to face something face to face, to look boldly in the eye, to walk towards it, to stand up to it. Alo-haThis is how one honors the vital force, the mana in man, the power, strength, and mightiness of life. Affirm life!

The cardinal points east, west, north and south are also not translated into English, as are some dishes. The most popular tongue twister for tourists is a beautiful, colorful fish with the nice name:

It is the state fish of Hawaii, you can admire it in the picture. 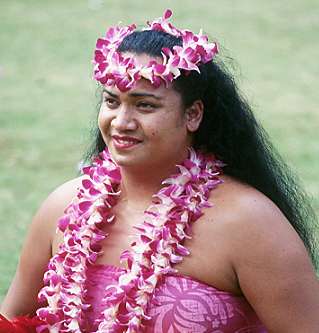 Haole in Hawaiian is the name given to the fair-skinned half-beings from Europe and the mainland: ole meant the absence of something, and Ha was called the breath of life, which is also in Aloha is used. So the whites were the ones for the locals Without life, because of her paleness and joylessness. For the pallor they could Haoles nothing, but their joylessness was due to their piety. Even if today piety was put aside and the whites roast themselves in the sun, the name sticks with you. A Kamaiaina is a long-established islander, a Malihini is a greenhorn.

You can find translations of various fish and foods on my page about Hawaiian cuisine.

Under the motto "E Ola Mau Ka 'Olelo Hawai'i", that means "the hawaiian language lives forever" you can find some links to the language here, mostly in English: