Is your patient dependent?

The term “sex addiction” has become widely established for uncontrollable excessive sexual behavior that focuses on normal, non-paraphilic sexual stimuli. In fact, only a subgroup of particularly severely affected people meets the criteria for real behavioral addiction [8]. The theoretical question of how much sex is too much sex and what form of sex is potentially harmful is complex and complex. When a patient turns to us for help in the practice, on the other hand, it is much easier to understand the individual problem and to understand the level of suffering.

Excessive sexual behavior can be expressed in a variety of behaviors. The most important specifiers are:

Excessive pornography consumption is also found as a central characteristic in a high percentage of those affected and has undoubtedly become even more important due to the easy availability of a huge range of pornography on the Internet. The consumption of pornography cannot be regulated in spite of existing or threatening negative consequences (problems at work, discovery by the partner, financial aspects). The behavioral pattern distinguishes "hunters" who regularly search the Internet in search of new stimuli from "collectors" who build up (often huge) stocks of pornographic material. Mixed forms of both patterns also occur.

The third core characteristic of excessive sexual behavior relates to a complex of promiscuity, notorious cheating and sex with multiple sexual partners. The behaviors can target both prostitution and non-for-sale sex, and take up much of the time and energy available. The environment is practically permanently "scanned" for possible sexual partners and there is often a great skill in "getting around" potential partners, which is not infrequently the main goal of the behavior. Chat rooms and online partnership portals (cybersex) are very often used for this purpose.

The 38-year-old Michael, a successful self-employed civil engineer, consults our sex medicine consultation because his constant preoccupation with sex threatens his life to "get out of hand". He wakes up thinking about sex in the morning and falls asleep thinking about sex in the evening. Michael consumes Internet pornography for several hours a day and masturbates "on peak days" up to five times a day, whereby the orgasm only brings him a short "break". He also visits professional or semi-professional prostitutes several times a week, often during working hours or between client appointments. For his frequent business trips, he has created a database with relevant addresses in all major German cities. When he does not have an opportunity for sex, he becomes tense and "inedible". Several partnerships have already failed because of his sex addiction, he has also lost several good jobs and his professional performance is deteriorating more and more. All attempts to control his behavior have failed. He is often desperate and doesn't know what to do next.

How many people are affected?

So far, only a few reliable data are available on this question, so that we have to rely on estimates and experience from clinical practice. For the German-speaking area, prevalence rates between 3 and 6% are assumed [7], which correspond exactly to the estimates that are available for the USA [4, 6, 12]. However, these older prevalence estimates could not be confirmed in more recent studies. In a study from New Zealand [14], although 14% of men and 7% of women reported sexual fantasies, impulses or behaviors that they perceived to be "out of control", only 2.8% of the total sample said it was because of this her life was impaired.

How can a sex addiction be diagnosed?

The focus of the diagnostics is the conversation with the patient and the detailed recording of the excessive sexual behavior, including his current and biographical background. An orientating sexual history is helpful, since quite a few of those affected have sexual dysfunctions. In practice, the following four screening questions prove to be very useful [9]:

1. Have you ever had recurrent difficulties controlling your sexual behavior?

2. Did your sexual behavior have negative consequences (legal, in a partnership, at work, medically, for example sexually transmitted diseases)?

3. Have there been attempts to hide the behavior and / or feelings of shame?

4. Have you ever felt like spending too much time in sexual activity?

As a supplement to clinical diagnostics, two self-assessment questionnaires can be used, each of which offers a cut-off value that is helpful for assessing the severity. The "Sexual Addiction Screening Test" (SAST-R) [3] comprises 25 questions that can be answered with "yes" or "no" and offers a cut-off score. However, its application is limited to heterosexual men and the content of many items appears problematic from today's perspective. The "Hypersexual Behavior Inventory" (HBI 19) [13] is a more recent questionnaire that explicitly refers to the characteristics of the "Hypersexuality" category proposed for the DSM V. It consists of 19 items that are grouped into three factors that capture (a) the negative consequences of excessive sexual behavior, (b) inadequate behavioral control, and (c) the use of sex as a strategy for coping with negative feelings or stress. Subjects with an HBI score> 53 are classified as hypersexual. The procedure is designed to be cross-gender and not tied to a specific sexual orientation and is, in our opinion, better suited for screening than the SAST-R.

In the differential diagnosis, excessive sexual behavior must above all be differentiated from paraphilias. By definition, excessive sexual behavior refers exclusively or predominantly to non-deviant, normophilic sexual stimuli or behaviors. Paraphilic tendencies are, however, also present in a not inconsiderable number of those who have excessive normophilic sexual behavior, but are then energized by the excessive process dynamics, which in the course of the process "indiscriminately" result in ever new, then deviant, sexual stimuli (e.g. B. child pornography), but is not particularly liable for them. Further differential diagnostic distinctions must be made with regard to sexually toned obsessive-compulsive thoughts, which are common in obsessive-compulsive-spectrum disorders. Those affected are penetrated by the fear of acting out their often bizarre and aggressive sexual impulses and fantasies and thereby causing harm to other people. Typically, however, the obsessive occupation revolves primarily around this fear of acting out and less around the sexual content itself and consequently there is no sexual arousal and almost never real sexual behavior. Increased sexual fantasies, thoughts and impulses can also occur in manic or hypomanic episodes, in the context of bipolar disorders, in the borderline personality or in schizophrenic and delusional disorders. In their occurrence, however, these are then directly linked to the affective or psychotic symptoms and are also de-actualized again with them. Finally, excessive sexual behavior must be differentiated from sexual abnormalities in neuropsychiatric disorders (e.g. frontal or temporal-limbic lesions) and a drug-induced disorder in Parkinson's patients under dopamine replacement therapy and then not coded separately.

For those patients who clearly need long-term and specialized treatment, the sexual science and sexual medicine university institutes (Berlin, Hamburg, Hanover and Kiel), special facilities such as the Sexual Medicine Competence Center Hanover as well as the doctors and psychological psychotherapists are available. who have acquired skills in sex medicine and sex therapy. You can search for regional colleagues via the menu item "Find a practitioner" on the website of the German Society for Sexual Medicine, Sexual Therapy and Sexual Science (DGSMTW; www.dgsmtw.de, http://www.dgsmtw.de).

What therapy options are there?

The majority of those seeking advice present themselves with the self-diagnosis of "sex addiction". Often this happens after the hidden sexual behavior - be it visits to brothels, affairs, chat room activities or (most frequently) excessive pornography consumption - has been "exposed" and unpleasant consequences have arisen in the partnership or in the professional context. The label "sex addiction" must not be accepted by the doctor as a fixed diagnosis, but should initially only be interpreted as an indication that the patient perceives his sexuality or certain aspects of it as problematic or worrying. Everything else must be clarified with the patient in the individual diagnostic process. On the one hand, the questionnaires and screening questions described above are useful, but a sexual history including a behavioral and condition analysis of excessive sexual behavior is even more important.

In view of the heterogeneity and complexity of the problem constellations with excessive sexual behavior, a multimodal approach has proven itself in practice, which includes elements of cognitive behavioral therapy (CBT), relapse avoidance therapy, psychodynamically oriented procedures and pharmacotherapeutic options [1, 10, 11] . Most of these therapeutic strategies originate either from the treatment of paraphilias or sexual delinquency or from addiction therapy and have been applied to patients with excessive sexual behavior without any relevant empirical studies on this to date. The therapy programs usually consist of an individualized combination of strategies for the control or regulation of the hypersexual behavior and the processing of more deeply rooted intrapsychic or dyadic factors that caused the behavior or are currently maintaining it. In many cases, a lack of intimacy and a lack of access to one's own feelings are core problems. The 12-step programs originally developed by Alcoholics Anonymous have been adapted by various self-help organizations for patients with excessive sexual behavior and are offered in many countries. They can be of help to some patients - at least as a complementary offer - primarily due to the group framework that provides support and structure and their focus on sincerity, control and abstinence.

Based on experiences in the therapy of sex offenders, various pharmacotherapeutic options - usually combined with psychotherapeutic interventions - are also used for the treatment of excessive sexual behavior [2, 1, 10]. The usual therapy regimen begins with SSRIs, which have an affect-modulating and control-improving effect (especially with regard to the production of fantasy), then goes through the use of mood stabilizers or anti-epileptics to antiandrogens (cyproterone acetate, LHRH analogs), if there is a clear danger to others or to oneself is present.

When treating patients with excessive sexual behavior, the doctor can use his resources and experience to help the patient to take the first steps to break out of the spiral of excessive behavior and self-contempt. It is important to have a basic attitude that these problems are to be taken seriously and that the patients deserve that the defensive attitude that often exists against them is given up.

Conflicts of interest: none declared 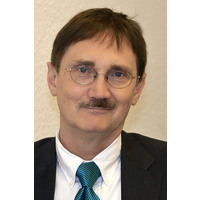