Why has satellite radio not supplanted terrestrial radio?

Posted on August 7th, 2012 by Redaktion under Worldwide

US market share of Pandora and Spotify already at 29 percent

Classic terrestrial radio could soon be a thing of the past. Online radio stations and streaming services are becoming increasingly popular and are already gaining a significant market share. Switzerland has launched digital radio in recent years. Germany would like to build on this success and is now following suit. The new radio standard should soon revolutionize radio listening. 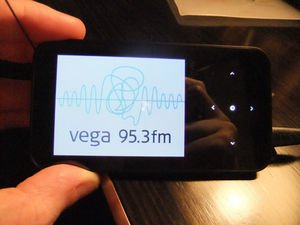 “The digital transmission of the radio signal has many advantages. We can broadcast up to 15 programs on one frequency and thus offer the listener a far greater choice. The changeover will still take some time because there are still a lot of analogue receivers in use, ”says Michael Richter, CEO of the Digital Radio Platform, in an interview with the press.

The association has been campaigning for the introduction of the new radio standard in Germany since 2000. “In Switzerland, the changeover was a complete success. There are already over a million devices in use. People are tired of choosing from a few channels. With digital radio, customers will also have the opportunity to receive special interest programs, ”said the expert.

With a market share of 29 percent, providers such as Pandora and Spotify in the USA reach a large audience and are now posting almost half as much advertising income as their analogue competitors. Stanford graduate Tim Westergren founded the Internet radio platform Pandora in 2000 and was named one of the 100 most influential people in the world by Time Magazine.

According to experts, terrestrial radio will have completely disappeared by 2025 and will be dominated by providers who will finance advertising-free programs with monthly subscriptions. The satellite radio provider SiriusXM, which according to unofficial information has over 20 million subscribers, is pursuing a similar concept. The company achieves a large part with digital end devices that are installed in new cars by car manufacturers. However, this system is unlikely to prove its worth in Europe: “In contrast to the USA, we have very heavily built-up regions. That's why satellite radio doesn't make sense for us, ”explains Richter.

The operators of the platforms iHeartRadio and TuneIn also confirm the trend towards digital radio listening. Together they reach over 50 million users who can receive radio programs from all over the world on their smartphones. The music industry should be pleased, because online providers pay every time a song is clicked. Pandora pays more than half of its earnings to the musicians.