Why are there still notaries?

Interview with the President of the Federal Chamber of Notaries: Notaries are looking for new recruits

The notary's job is considered indispensable - but also boring. The profession suffers from its image, and worries about the next generation plague it. Jens Bormann explains in an interview what defines his work and why it can be exciting.

LTO: Prof. Bormann, the history is due to the fact that there are areas in Germany with full-time notaries, i.e. so-called notaries-only, and those with lawyer notaries. The approximately 1,700 notaries only work in Bavaria, Hamburg, the Rhineland and the new federal states, among others. Around 5,500 lawyer notaries - i.e. notaries who also work as lawyers - can be found e.g. in Berlin, the Westphalian part of North Rhine-Westphalia, Hesse or Schleswig-Holstein. The relationship to one another was not always harmonious. Did this change?

Prof. Jens Bormann: After the fall of the Wall, there actually were certain inconsistencies between the full-time notary and the legal notary in connection with the question of which form of notary should be introduced in the new federal states. However, these have long since been overcome. The notary's office today follows a completely uniform policy. This is the only way to develop the profession in a meaningful way. In the Presidium and the Representative Assembly of the Federal Chamber of Notaries, the representatives of the full-time notary's office and the legal notary's office therefore pull together. 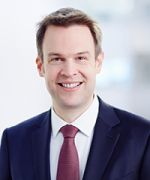 Keyword further development: The number of lawyer notaries is falling steadily, especially in rural areas there are in some cases no suitable applicants. Why is that?

On the one hand, the falling numbers are of course due to the fact that we have a corresponding decline in population in rural areas and thus the volume of documents is also falling. As a result, fewer jobs are advertised. While we seldom have problems filling vacancies in the full-time notary's office, on the other hand, in certain regions it is not always easy when it comes to legal notaries. We are faced with similar problems here as in the judiciary: there are fewer graduates of the state law examinations and therefore fewer suitable applicants.

But one thing has to be made clear: there can be no question of undersupply here. Even in rural areas, the population is still provided with all notarial activities across the board. This sometimes also happens because lawyer notaries concentrate more on their notary work.

"We are not allowed to put our hands on our laps"

Nevertheless, you have to do something: A not inconsiderable number of professionals are already of an advanced age. How do you intend to make legal notaries attractive to young lawyers? A profession that after the second state examination requires not only five years of practice as a lawyer but also a kind of third state examination?

Of course, we shouldn't put our hands on our laps and we have to promote our interesting profession. But already now the chambers of the legal notary's office are doing a lot, holding information events, visiting the trainee working groups and informing the prospective fully qualified lawyers there.

Because you are addressing the supposedly high hurdles for the job: We definitely do not want to compromise on the quality of the applicants. It is therefore unanimous that the notarial specialist examination in particular must be retained in its current form.

The training to become a notary is long, it obviously discourages women: only every seventh lawyer notary's position is held by a woman, among the full-time public officials the proportion of women-only notaries is 24 percent.

Notaries generally work independently, which on the one hand allows considerable freedom in the organization of everyday work, but on the other hand also requires a high level of personal presence. Women who want to start a family can be put off in individual cases. If you take a look at our "offspring", there is already a clearly positive trend: In the full-time notarial sector, there are already around 37 percent female notary assessors and the proportion of female graduates of the notarial specialist examination has now risen to around 35 percent.

When it comes to the compatibility of family and work, a lot has already happened in our profession: In the area of ​​the Rhineland Chamber of Notaries, for example, you can be represented as a notary for up to 100 days if you are looking after a child and the other chambers of notaries also have one developed quite generous representation regulations. In addition, a further relief is looming: According to the current legal situation, a notary can resign from the office of caring for a child for one year and is guaranteed to be reappointed at the same place. According to current reform considerations, this period should be extended to three years.

Profession with freedom of design

You are promoting an "interesting" profession. However, many imagine a notary to be a kind of qualified clerk whose job seems rather monotonous.

That is a big mistake. Notaries advise the parties involved neutrally and at the same time comprehensively. This offers enormous freedom of design. Drafting property purchase agreements, partnership agreements, marriage and inheritance agreements and trying to implement the various ideas of those involved in a legally flawless manner is a creative process that demands a lot, but is also a lot of fun. In addition, as a notary you are constantly dealing with very different people: The purchase of a company with the participation of large lawyers can, for example, be followed by the purchase of real estate by young parents or the inheritance contract of an elderly couple.

The economic component of the notarial profession is also likely to be decisive for the choice of profession. Is it true that, in particular in the new federal states, some notaries no longer cover their costs and are dependent on support services from so-called notary funds?

Such a general income supplement is only available in the area of ​​the notary's office in Bavaria and the Palatinate and in the area of ​​the state notary's office in the new federal states. In contrast to 15 years ago, when the new federal states still received around 10 percent additional income, today we are only talking about very low case numbers. This is based on the fact that the reform of the notarial cost law has ensured an appropriate improvement and that the notaries also benefit from the economic upswing of recent years, even in structurally weaker areas.

In other countries where such a cash register system does not exist, full-time notaries are only granted an income supplement in special cases, for example when a so-called "zero position" is taken over which has been completely rewritten and was not previously occupied by another notary. In the case of lawyer notaries, economic security must ultimately be provided through their second mainstay of legal activity.

Keyword digitization: In the future, all new notarial documents are to be archived in digital form. What are the benefits for citizens?

Since electronic legal communication with the commercial registers was introduced in 2007, notaries have been exchanging electronic documents with the courts in a legally secure and evidential manner. This has meant that entries in the commercial register can be made much faster. In the federal states that have set up electronic legal communication with the land registry, this also applies to real estate transactions.

From 2022, notaries will also store their documents electronically. For this purpose, the Federal Chamber of Notaries will set up an "electronic document archive" which will enable the documents to be stored securely. It follows that all notary deeds can in future be used in digital form without media discontinuity. Courts, offices and banks in particular will benefit from this as they no longer have to archive paper documents and can process notarial documents in electronic file systems without first having to scan them. This will also result in advantages for citizens, since processes can be designed faster and more efficiently.

Thank you for the interview.