Are there things that are encouraging to writers

Are talent and imagination enough to write good stories? As Hemingway suggested, is an unhappy childhood the best foundation for a good writer? What is the basics of literary writing? 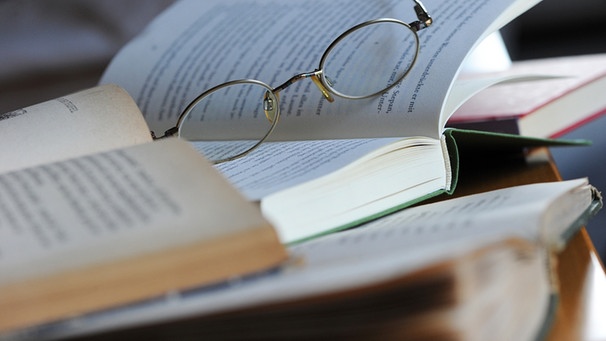 Ernst Hemingway believed that an unhappy childhood was the best prerequisite for a writer. We collect a few other voices here on this issue. In this way, a few (but still far too few) of the writers can be brought into play at the same time, who have not yet had their say, or only too briefly:

How necessary a certain cosmopolitanism is and how strongly it has to do with language is something that nobody has experienced firsthand and spoken about like the 1978 Nobel Prize laureate Isaac B. Singer (1902-1991). Singer grew up in a Polish shtetl where time seemed to stand still. Like many of his fellow writers, he spoke only Yiddish and Hebrew, languages ​​that "lacked the words of everyday colloquial language". When Singer emigrated to the USA in 1933, he reacted to the completely alien world of New York with extreme crises and writer's block, until he made what he knew very well: the shtetl, the world of the Polish Jews in Warsaw, and later the thoughts and attitudes of the emigrated Polish Jews in the modern metropolis of New York. His impressive autobiography "Lost in America" ​​states:

"The big problem, then, was that in order to convincingly portray the people in the world, one had to know this world. But I knew only a small part of the Jewish Warsaw, Bilgoraj, and two or three other small towns. I only knew Yiddish-speaking Jews. And even then I already knew that a writer can only write about people and things that he knows well. "(P.100)

2. A feeling for tension - a real soft spot for the full life and its conflicts

Once again I.B. Singer, whose novels, e.g. Enemies, Story of a Love, are full of captivating, "real dilemmas":

"But I was convinced of the fact that tension is the essential thing in life as in art. Description was not enough. What was necessary were tricky situations and real dilemmas and crises. A novel has to captivate its reader. In later years the tensions of my life and my writing merged so completely that I often did not know where one began and the other ended. "(Singer p.150).

The Austrian writer Prof. Dr. Josef Haslinger (Born 1955) tells the story of a passionate student who won a literary student competition and asked him afterwards how he can become a real writer: "What should I do? asked he. Write, I said. Write and read. And if something intrigues you, read it until it no longer intrigues you because you've figured out how it's done. "(Haslinger in: Die Zeit from October 19, 2000)

Hardly anyone in the current literary scene combines professional reading with self-writing as extremely as Michael Kruger (born 1943). The publisher of Carl Hanser Verlag is at the same time a poet and prose author and knows how to sing a song about how continuous reading is reflected in his own work. But he only realizes his texts, which he writes in his mind all day long, after the publisher's business hours, as he sees it as a reflection of his "Library in your head".

Reading can be used to control inspiration in a targeted manner. The writer reveals how it works Thomas Meinecke (born 1955), who in his genuinely witty novels does not shy away from reproducing undigested things from his treasure trove of reading: With charming understatement he says of his works, which want to record the zeitgeist rather than analyze it: "My books are smarter than me."

"For me, writing primarily means reading, and then writing this reading down - that's actually my idea when I write. And so it's an everyday type of work. Don't wait for inspiration, but control the input yourself through reading. "(Meinecke, quoted from ars poetica, a broadcast on BR-alpha)

4. A look to others - understanding to potential readers

As lonely and withdrawn as the process of writing has to be in order for the necessary concentration to exist, it is just as unhelpful for the writer to feel abandoned and to shut himself up solipsistically. After all, writing is a form of communication, the desire to understand the world, which at the same time allows others to understand itself. How you can train that explains Peter Härtling (born 1933), who learned this mainly through his children's books:

"When I write for children, I have the same posture when it comes to topics. I can write about anything: love, fear and hate. I just have to pretend it doesn't get over their heads. I can never become abstract or only reflect. Writing for children is the greatest exercise in writing accurately. "(Härtling quoted from ars poetica, a broadcast on BR-alpha)

5. An ear for the melodies and the rhythm of the language

Birgit Vanderbeke (Born 1956), who developed her own literary tone at an early age, needs her "ear" (see also summary), both when reading and assessing texts as when writing. The writing is already moving at the tempo of the speech melody:

"I write with my ear. The process is very simple. I type very, very quickly, 400 keystrokes per minute or more, which means that I can get what I have in my head into the computer in a flash without any intermediate transmission through my hands. The melody that I develop in my head goes into the keyboard without any loss of friction. I print it out every three or four pages and read it out loud. Then I'll make the changes right away if the rhythm gets stuck. I design my texts as a voice."

6. The right tone of voice from the start

Finding it is not as easy as that Peter Härtling knows to report:

"I'm afraid of the beginning of a book, it is an ordeal because you have to do one thing with the beginning: you have to find a tone of voice. Every book, at least every one of my books, has a certain tone that also affects the narrative structure, whether a book has two voices, for example, like "Schumann". This comes from the beginning - so beginnings are terribly difficult. "(Härtling quoted from ars poetica)

This seems to be the recipe for success from Arnold Stadler (born 1954) to be the writer from Heidegger's hometown of Messkirch, who like the philosopher has a thing for the provinces. The characters he creates are always missing something: They are sick because they always suspect happiness exactly where they are not.

8. The critical judgment of others whom one trusts

How easy it is to get lost when you get into a topic and become increasingly incapable of seeing the whole thing from a distance and from a perspective other than your own, anyone who has ever been working on a job for a longer period of time knows how hard it is. But no one needs benevolent criticism as much as budding writers. Prof. Dr. Josef Haslinger says in the already quoted Zeit article:

"From my own experience, I knew that you need a few trustworthy people who can tell you what is bad about your own texts. This is the only way to develop an aesthetic sensitivity and a purposeful literary will."(Haslinger in Die Zeit from October 19, 2000)

Based on this experience, the Austrian writer is committed to the course at the German Literature Institute in Leipzig, where one is trained in the main course to write prose, poetry and drama oneself.

Haslinger's credo is as realistic as it is encouraging for anyone who wants to do something for their literary skills:

"Anyone, I claim, can learn to write literarily. The only question is how far he will get it. "But one thing is clear:" Students who are constantly challenged for three to four years to write texts and who spend the rest of the time with their own and other people's texts in their compositional structure To critically examine style elements and their expressiveness does not necessarily have to be a good writer. The impulse to write and the personal story behind it cannot simply be replaced. But they ended up gaining a level of literary experience that, on their own, would have taken decades."(Haslinger in Die Zeit)