How is an engine started in a vehicle

Problems with the starter?

The starter in the car

The starter is a small electric motor in the car that starts the engine. Since an engine cannot start by itself, the starter brings it to the required starting speed. That is in a range of 3-400 revolutions per minute. A planetary gear reduces the torque that the starter needs, otherwise an electric motor that is too large would be necessary.

With the magnetic switch to the starting process 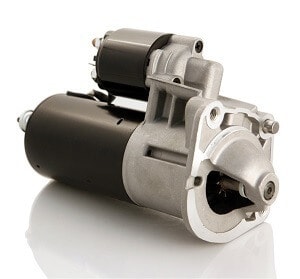 Several parts are actuated during the start-up process. The magnetic switch triggers the process. The magnetic switch is mounted on the starter. A pinion engages in the drive train when it starts. This is still in front of the clutch and creates a tooth connection between the engine and transmission. A magnetic switch moves the pinion forward and later backward. This movement ensures that the starter is inserted into the electrical circuit. Touching the contacts then activates the starter. This in turn generates the power for starting the engine. He turns the drive motor until it starts up without further ado. It loads the battery with currents around 100A for a petrol engine or 400A for a diesel engine.

Compared to gasoline engines, diesel engines require a more powerful starter due to their high compression ratios. In addition, vehicles with diesel engines are equipped with more powerful batteries with a higher capacity. These will be needed for cold starts. Because a diesel usually needs more energy to start. This extra power is delivered with the help of glow plugs.

Glow plugs to help you get started

Glow plugs look similar to spark plugs. However, they cannot generate ignition sparks, but generate a high temperature inside the cylinder. With this procedure, the self-ignition is started during a cold start. The glow plugs do not have to be activated manually. They switch themselves on before the actual start-up process. As soon as the engine is running smoothly, they are automatically switched off. The glow plugs available today only need a few seconds to heat up the cylinder. This means that diesel engines can basically be started just as quickly as vehicles that run on gasoline.

There are many possible sources of error

If the car does not start, you don't always have to change the starter. A targeted search by a specialist helps to find the defective part. It could be a problem with general electrical systems. Maybe it will help to change the battery. Or impurities on the contacts of the cables impede the flow of current. Both the cables that lead to the starter motor and those to the magnetic switch can be affected. The pinion that couples the starter to the engine at the front can also cause problems. If it is worn out, it has to be removed and a new one installed. If there is a problem with the magnetic switch, it cannot push the pinion forward into the gearbox. Then you have to install a new one. 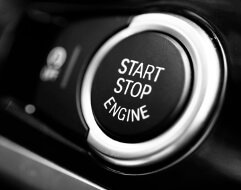 If the car does not start, it does not necessarily have to be due to the starter. If it is not clear why, the specialist will be happy to help you find the cause. Because the reason for the cold engine can be due to different parts in the car. You should check this first before jumping to conclusions. Difficulties in starting the engine do not mean that you have to remove everything right away. The specialist workshop recognizes what could be the cause and ensures that repairs are as inexpensive as possible.