What are the most famous programming languages

Overview of the programming languages ​​(2021) 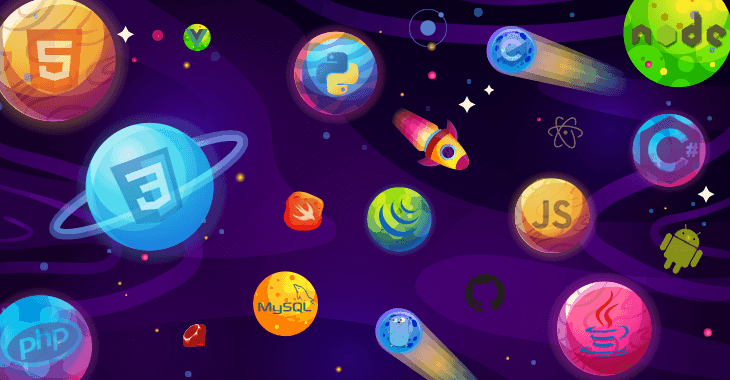 The explanation briefly introduces the language and explains what can be programmed with the respective languages.

So you should have one get a good overview and find the correct programming language for your implementation.

You will also get a micro-insight into what this language actually looks like, so you will quickly notice that most languages ​​are quite similar.

Few languages ​​look completely different. The example that is used is of course not a functional program, it is only intended to provide an excerpt for understanding. But it contains all the basic elements that a modern programming language contains, these basic elements would be:

If you don't understand these, no problem. You will learn these later anyway, no matter what language you start in.

Probably the best known language for web applications is Javascript. This language can be used not only to program dynamic websites, but also to create real applications and even games.

A huge advantage is that Javascript does not require any additional programs, because it can simply be executed in any common Internet browser. There is also another strength:

Since Javascript can be executed in the browser, it can also be used to program apps for mobile devices. The Javascript program is simply started within a browser that the user cannot see.

So it seems that a normal app is being used and this app runs just as well on Android and iOS at the same time. The best part is that it saves you double programming work. This language is actually the favorite for anyone who wants to create as many different computer programs as possible.

This programming language has established itself on millions of computers and devices.

Java is platform-independent, which means it runs just as well on Windows as it does on Linux or Mac OSX. Android also uses this programming language. So you can program applications, apps and games with Java.

Java is a very modern programming language and always includes the latest technical concepts from software development. What is unfortunately missing in the mobile area is usually the support for Apple devices, so that you have to write separate source code for it.

This language is therefore best suited for the backend area in large web applications. If you get stuck with Javascript, you should definitely take a look at Java.

Here is a java code snippet: 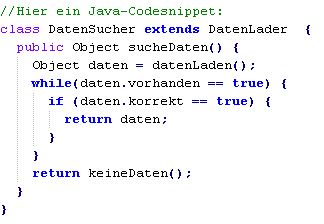 C and C ++ are the veterans in this collection of programming languages.

Almost all of today's operating systems have their origin in C, even today we still program in C and C ++ and the code still runs in our operating systems. C ++ is the extension of C to include the object-oriented approaches. In C ++ it is possible to use classes and objects.

C and C ++ are suitable for hardware-related programming, as these languages ​​are translated into machine code. Operating systems, applications and games can be implemented with these languages ​​and are very high-performance. Since you sometimes have to take care of storage handling and access yourself, it can be a bit complicated for beginners. 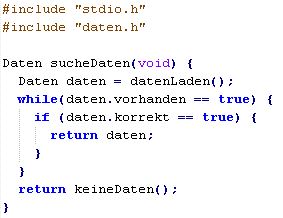 C # is the consistent further development of C ++ by Microsoft. Its structure is very similar to Java, but has little to do with Java. With C # (C-Sharp) you can write applications with the .NET framework and games for PC and XBox are also possible with the XNA framework.

Like Java, this language is object-oriented. The possibilities to use C # programs on other platforms were limited until 2014. In the meantime, there is a platform-independent variant with .NET Core, which enables C # programs to be used on multiple platforms. So you are no longer limited to Windows and you no longer have to use a special framework such as mono.

The code snippet in C # looks something like this: 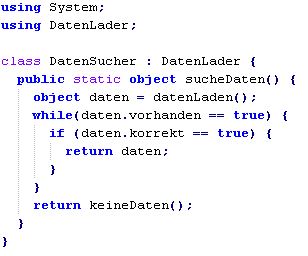 Often referred to as a beginner's language. The first version, BASIC, was actually intended as an entry-level language for programming beginners. Nowadays, Visual Basic is used as the language for applications in the .NET framework.

But Visual Basic can also be found in the office world. Whenever you need small additional functions for Word, Powerpoint or Outlook etc., you can use Visual Basic to write small macros that can make a big difference for you. In this language it is best supported by the manufacturer (e.g. Excel files can also be created with Javascript). 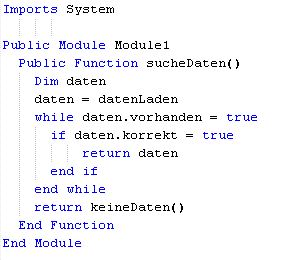 PHP is a language used in connection with website programming. The main purpose of PHP is to display a website and everything that happens in the background on the web server (so-called backend).

Popular: Queries on databases in order to display certain data on a website. In connection with Javascript / HTML / CSS PHP is a very powerful language. 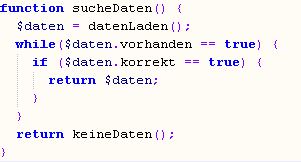 Python is very popular with beginners and arose from a hobby project. The name is not based on the type of snake, but on the comedian Monthy Python.

With Python you can write a lot of scripts up to and including full web servers. The extent to which the programs can be executed on different platforms depends on whether there is an executable Python version on the respective device and operating system.

Here is the code snippet for Python:

Pascal is one of the oldest programming languages ​​and was developed in Switzerland. With the further developments Object Pascal in connection with Delphi one could write desktop programs for PC and notebooks. Many of the ideas from ObjectPascal and Delphi were adopted in C #.

Unfortunately, there aren't that many well-known libraries for ObjectPascal anymore, which is why the language is slowly becoming less important.

This language was specially developed by Apple for Apple devices.

And that has to be taken literally, because to be able to program Swift, you need XCode which is only available for the macOSX operating system.

So if you want to deal exclusively with the Apple platform and already have suitable devices at home, you should take a look at this language. 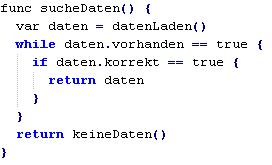 You just got a shock with the other languages ​​because they are so text-heavy?

Okay, there is at least a little workaround for that too. Scratch is a language that is used purely to learn programming and was specially developed for children and young people.

Logically, only relatively small projects can be created with it, but they are inspiring. Small games, mini films and even the control of e.g. LEGO robots is possible. For an example of how to create a game in Scratch, check out our free Scratch tutorial. The language looks something like this (and the example program no longer makes any sense here): 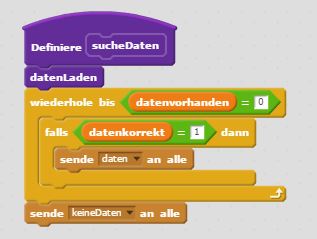 These are important if you want to create websites and web applications. With HTML you describe the structure and content of your website and with CSS (Cascading Style Sheets) you determine how this HTML structure should be displayed.

If you want to start programming websites, the point you have to tackle is HTML and CSS. Obviously, the example program cannot be shown in HTML / CSS.

SQL is a language with which one can make database queries. This allows a database to be created, filled and read out again.

This language is also often used in connection with websites. For example, to display an article in a web shop.

With SQL it is first important to learn how a database works and how to use it at all. Databases are the "high-performance" alternative to files, but they have a few specialties that you have to understand first.

Conclusion on the programming languages

This is just a small overview of programming languages ​​that are still in use today.

Of course there are many more languages. A clear advantage goes to Javascript, because you can create all kinds of computer programs with one language and you basically don't need more than a browser.

Scratch is then the variant for children and adolescents who do not yet have that much experience with computers.

What would you create with which programming language? Comment below!