How did the challenges begin in the NFL 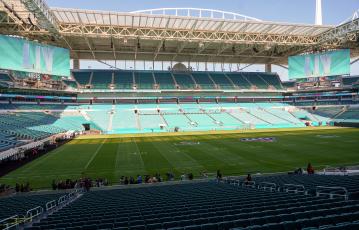 The whole of America is waiting for the game of games, Super Bowl LIV, to be played on February 2nd at Hard Rock Stadium in Miami. When the Kansas City Chiefs meet the San Francisco 49ers that evening (12:30 a.m. German time), the successor to the New England Patriots will "finally" be chosen for around four hours.

This is exactly what fascinates all football fans in the USA and even worldwide. It had become almost a little boring, too much the dominance of the New England Patriots with their superstar quarterback Tom Brady in the past few years. The fact that the Patriots are not among the finalists was immediately reflected in the ticket prices for this game. Tickets that can be bought with a lot of luck in regular sales starting at $ 800 will be sold this year on the "secondary market" starting at $ 5,700, the average ticket costs around $ 9,500, and fans can spend up to $ 70,000 to get it secure special extras (such as entering the field). In the years of the Patriots dominance, some ticket dealers stayed on their cards and had to sell them without profit to at least cover their costs. Fans paid an average of $ 5,700 in 2017 for the Philadelphia Eagles game against New England Patriots, and prices on the "official black market", as ticket exchanges such as Stub Hub or Ticket Exchange are often called, started at around $ 2,500.

Since the 100th season of the NFL is being played this year, this special experience should be celebrated with dignity. For the eleventh time, the Super Bowl is taking place in Miami, no other city was allowed to host the final of the world's best football league more often. The fans should be included. "There are plenty of reasons why we keep coming back to South Florida. The conditions here are just great, not just the weather, but the environment too. We're going to have our Super Bowl Opening Night at the Florida Marlins baseball stadium this year," explains NFL Senior Director of Event Planning Eric Finkelstein, who brings the strings together in preparation for this week-long football event. For the first time, the fans should be allowed to go on the lawn together with the media representatives. "You are closer than ever before," announced Finkelstein. On the fan mile in Miami Beach there should also be a variety of offers and events, even pictures of the fans with the original Vince Lombardi trophy of the Super Bowl Champions should be possible. One attraction on the day of the match is noteworthy: a cable car brings fans to the stadium entrance, a service that is, however, mainly reserved for VIPs.

For Finkelstein, the Super Bowl LIV is the conclusion of around three years of work. "No Super Bowl is the same, no stadium is the same and the cities are not the same. Almost as soon as the team owners have decided on a venue, our work begins with the organization, which culminates with the victory celebration on the field, but still not is over, "says Finkelstein of the organizational challenge.
This includes preparing the field for the final, a special challenge for the workers around NFL Field Director Ed Mangan. To ensure that neither team has a home advantage, the Super Bowl is played on a type of lawn specially bred for the final. A partner company from Tennessee will bring the turf to the final location and lay it in the stadium. Depending on the success of the team based in the venue, this work will begin between five and two weeks before the Super Bowl. After the game, the home team's desired field will be restored, and the lawn laid for the Super Bowl will be donated to a local high school.