Who is Buddha according to Islam

For almost two weeks, there was a state of emergency in Sri Lanka. After a Buddhist was seriously injured by four Muslims near the tourist town of Kandy in early March, rioting broke out in several places and over a period of several days.

Radical Buddhist groups mobilized their followers through social media. Including the monk organization of Galagodaatte Gnanasara "Bodu Bala Sana" (BBS), the "Buddhist power troop". Abstruse allegations were spread, for example that Muslims sprayed food and clothing with contraceptives in order to exterminate the Buddhists.

During the riots, mosques, houses and shops of Muslims were devastated and set on fire. Two people died. Sri Lanka's government imposed a curfew and blocked social networks. Only after twelve days had the situation calmed down enough that the government lifted the state of emergency and released social media for use again. 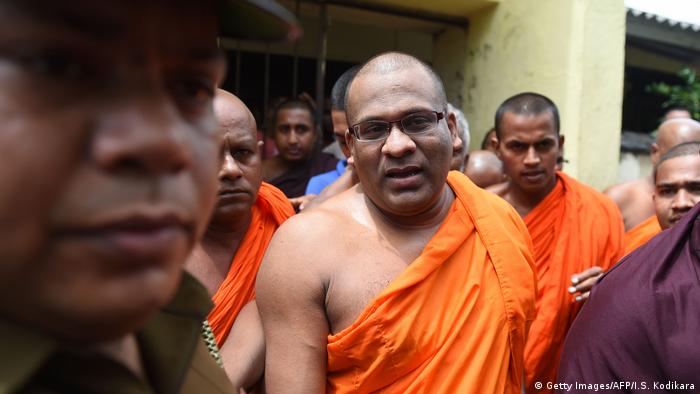 Violence against Muslims has also occurred in Myanmar since 2012. The Rohingya Muslim minority, who have fled Myanmar in their hundreds of thousands since 2017, was particularly affected, but also other Muslims. Radical Buddhist monks also play an important role here.

Thailand has experienced repeated violence in the southern provinces, especially since 2001. The "Bangkok Post" reported that between 2004 and 2015 at least 6,500 people were killed in the predominantly Thai Muslim provinces. In contrast to Sri Lanka and Myanmar, there are comparatively well-organized armed groups in Thailand that are fighting for independence and an Islamic caliphate in the south.

The Thai government is reacting to this, above all, with severity. Human rights organizations such as Human Rights Watch (HRW) documented human rights violations by all parties to the conflict. Nine in ten victims of violence in southern Thailand are civilians.

Buddhist monks are also part of the conflict in Thailand. There are the so-called soldier monks, i.e. members of the army who go to the monastery for some time, accept robes and alms bowls, but do not put down their rifles. The popular Thai monk Phra Maha Apichat called in October 2015 via Facebook to burn down a mosque for every monk killed. In the meantime, however, he has been excluded from the monastic community.

It is not possible to estimate how large the proportion of radical monks in the monastic community as a whole is in all three countries. It is a minority, but one that speaks out very loudly.

Buddhists in Sri Lanka, Myanmar and Thailand are concerned, as Michael Jerryson, religious scholar at Youngstown State University in the USA, told DW: "I have heard from monks in all three countries that they see Buddhism as a threat . They fear that Islam and Muslims will overrun their countries. " 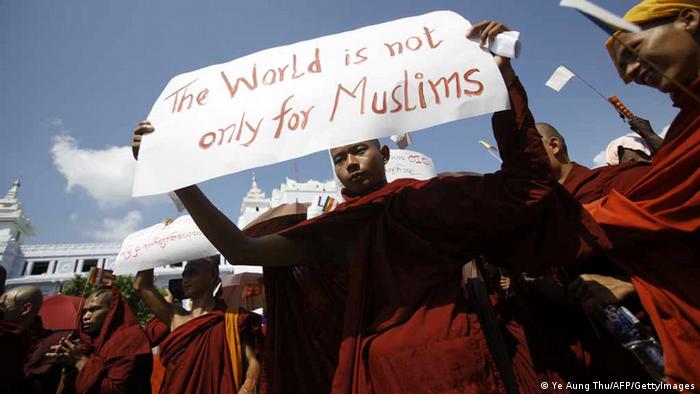 Monk demonstration in Rangoon (2012): Regular protests against Muslims in their own country

In the era of European colonialism and imperialism, Myanmar and Sri Lanka fell under British rule. "When the British colonized these countries, they destroyed the traditional connection between the state and the Sangha, the Buddhist community," says religious scholar Jerryson. Although Thailand was not colonized, it was surrounded by French and British colonies and had to fear losing its independence at any time. "People wondered who is going to protect Buddhism now."

At the beginning of the 20th century, therefore, movements formed in all three countries that linked Buddhism with nationalism imported from Europe in order to lead the struggle for independence and thus ultimately to save Buddhism. Although the reasons and political factors differed from country to country, as Jerryson points out, the result was "a robust religious nationalism, a religious identity in the form of Buddhism."

To this day, the notion that national identity is inseparable from one's own beliefs is widespread in all three countries: "To be a real citizen of Myanmar is to be a Buddhist."

The Buddhists' sense of threat in these countries is deeply rooted and part of their identity. The anti-Muslim thrust is in part promoted by "a global Islamophobia that comes from the West and is also reflected in Myanmar, Sri Lanka and Thailand," as Jerryson says. "Many people in the West see Buddhism as peaceful, while Islam is violent. Unfortunately, that is wrong and it does not do justice to the people, their history and their culture." 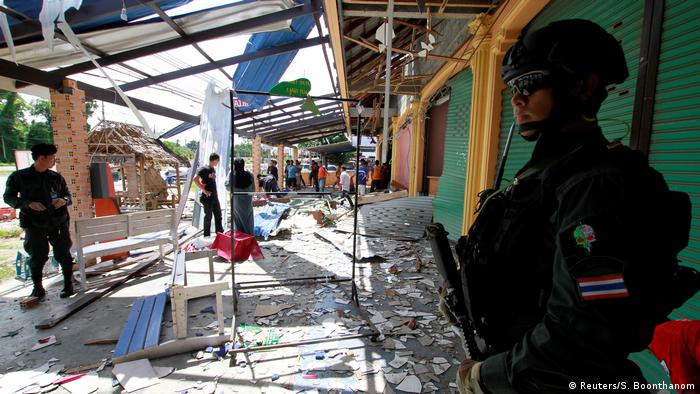 It should not be forgotten that all world religions encourage people to be at peace with themselves and for peace with others, but that all religions, including Buddhism, also have a history of violence.

If you measure the feeling of threat against what is actually happening in Sri Lanka, Myanmar and Thailand, you have to come to the conclusion that there is a great disagreement here, according to Jerryson: "It doesn't go together, it doesn't go together at all."

The claim that is widespread in all three countries that Muslims are demographically overwhelming Buddhists is therefore incorrect. Although it is true that the relative proportion of Muslims is increasing in some regions. In the south of Thailand, mainly due to the strong emigration of Buddhists who are fleeing the violence. In Myanmar's western Rakhine State, the birth rate of Muslims was higher than that of the Buddhist Rakhine.

In order to reduce the tensions between Buddhism and Islam, the establishment of counter-narratives would be necessary, as Jerryson says. There are two challenges here. First, the authority of the monks. "People believe what the monks say." So the counter-narratives would have to come from monks who have the authority to interpret in these cultures.

Secondly, there are many mainly western politicians, non-governmental organizations and journalists who want to force these mostly western counter-narratives on the Burmese, Sinhalese or Thais, which often results in the opposite of the actual intention. A direct conversation with the monks in these countries would be more productive.