How do army officers behave

The killers were cold-blooded. On November 16, 1989, a special unit of the armed forces invaded the Catholic University of San Salvador (UCA). The soldiers ordered six Jesuit priests, a housekeeper and her daughter to lie on the ground in the college garden. There the eight were killed with headshots. The two women had to die so there would be no witnesses.

Motive for the massacre: The priests had campaigned for an end to the civil war, which killed around 75,000 people between 1980 and 1991. According to investigators, the murder was commissioned by the highest authority. The Jesuits had denounced human rights crimes during the civil war, mainly blaming government troops and paramilitary gangs. Massacres, extrajudicial executions and torture occurred during the civil war in the Central American country. More than 8,000 people are still considered to have disappeared.

A total of 20 severable ex-military officers are suspected to have been involved in the multiple murders in the UCA. Three of the alleged perpetrators have already died. But four of them have now been arrested in El Salvador - more suspects are still being sought, reports the newspaper "El Mundo", citing government officials. 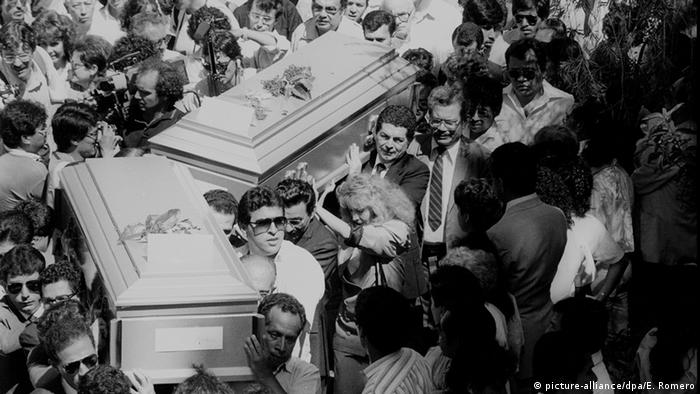 Funeral of the victims of the UCA massacre (1989): Murdered in cold blood

The arrested were searched for by Interpol with an international arrest warrant. According to the police, the former Colonel Guillermo Alfredo Benavides and three other ex-officers were arrested on Friday.

In January, the Spanish judiciary officially filed an extradition request. Because five of the murdered priests were Spaniards. The Supreme Court of El Salvador must now decide on the extradition of those arrested to Spain.

Two of the soldiers had already been sentenced in El Salvador in 1991, including the now arrested Guillermo Alfredo Benavides. The former director of the military academy in San Salvador was sentenced to 30 years in prison but was released again because of an amnesty law passed in 1993 for the time of the civil war. 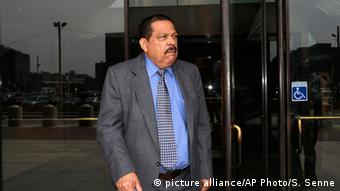 High-ranking officials were left unscathed at the time. That, too, could change now, especially since CIA documents that have since been released indicate that the then government of El Salvador was entangled.

On Friday - shortly before the arrests in El Salvador - a US court approved the extradition of a high-ranking suspect to Spain. A federal judge in North Carolina ruled that there was "sufficient evidence" of former Deputy Defense Secretary Inocente Montano Morales' guilt. The 73-year-old was imprisoned in the United States for immigration fraud and perjury until 2013. His extradition has yet to be confirmed by US Secretary of State John Kerry, but this is considered a formality.