What does limitless love mean 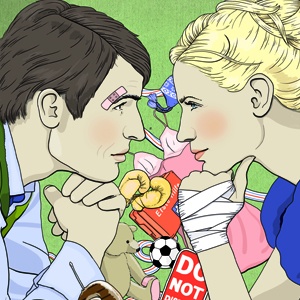 EMOTION: Ms. Brockhausen, in your book “Territories” (Südwestverlag, 14.99 euros) you write that each of us has topics and areas that we alone determine. Are you saying that we have to treat our partner like royalty in order for the relationship to work?
Berit Brockhausen: Why not? If you stay on an equal footing and treat yourself like royalty. Highnesses behave confidently. And sovereignty is the most important thing in a relationship.

In an argument, however, it is difficult to remain calm.
You're right. Unfortunately, in the heat of the moment, we don't behave like kings, but more like animals. Dogs also demarcate their territory and try to drive intruders out of it. We just scream instead of barking. Nevertheless, we should try to remain sovereign. And if you have a disagreement, say: "Here you are violating my limits, I don't want that." So it's about knowing and respecting your own limits and those of your partner.

You report from your practice that all relationship problems are based on turf wars. Is it that easy?
Ask yourself which things you can really upset your partner with. It's always about territorial encroachments. For example, when we decide about his time without being asked. For example, arrange a meeting with friends on his tennis evening and ask him to come along. It goes without saying that there will be war.

What types of territories do you differentiate?
Three. My territories, those of the partner and the common. Own areas, such as the tennis evening, should be inviolable for the partner. Most of the attacks, however, take place in areas in which one's own wishes and those of the partner must be taken into account equally. For example when couples live together. Lofts without closed rooms and retreats - no matter how trendy they are - should be forbidden for couples! (laughs) I think there should always be a room where you can be alone when you feel like it. And the partner must know: the door stays closed and there is only knock in an emergency.

What is the most arguing about?
About property, the organization of leisure time, love life and of course about the biggest topic: raising children. Today I saw a couple who had a terrible argument over a hat.

About something so succinct? How come?
It wasn't really about the hat, of course. The dispute was another turf war. The father was supposed to take the daughter to kindergarten that day. He was just about to leave when his wife asked him why the little one wasn't wearing anything on her head, after all, it was cold outside. The man immediately felt attacked and accused his wife of never being able to please her. And anyway: Is she implying that he doesn't care enough about his daughter? The problem for both of them was: They had not yet clearly discussed the division of the common area of ​​child-rearing. He thought: When it is my turn, I am solely responsible for the food, the clothes and the delivery. She thought: As long as the child is at home, I'll help decide.

Do you really think a mother would be able to bear the fact that the hat is missing just because it has been agreed beforehand who is responsible when?
No. First, the mother wants the daughter to be well. Second, as a working woman, she doesn't want to have to stay home because the child gets sick. This would also affect them in their “time” territory.

"Compromises make you unhappy. Because nobody gets what they need."

EMOTION: How should couples behave in such tricky situations?
Berit Brockhausen: There are many questions to be answered, such as: When do you have the right to interfere? How do you forbid the other person to interfere? What are the limits? It's always about: How can you design the area that is causing problems in such a way that both get what they need?

Many think by compromising. But you say the opposite: in order to make the relationship more harmonious, everyone should make fewer compromises. That sounds paradoxical.
But it is not. Most couples understand by a compromise: I forego here, you there, and in the end we meet in the middle. Nobody sees how nonsensical that is. Because nobody gets what they want and what is important to them. A forced hug doesn't get me the closeness I need.

So what is the solution to the dilemma?
To find a way that fulfills as many wishes as possible. If my partner or I do something just for the other's sake and we feel uncomfortable, nobody benefits. It must be clear to both of them that what we want concerns an area in the third sovereign territory: the us. The big challenge is to design this area in such a way that it is right for both. Couples have to be inventive. And talk a lot with each other.
# image10315left Are there couples who instinctively get it right?
No. They all reach their limits somewhere. Most of the couples who come to me don't even know that they have a problem with their negotiating areas. That would be great! No, they say: my wife doesn't appreciate me. My husband doesn't respect me. She is an old right-wing woman, he is dominant. It's about power struggles. And I think to myself: folks, it's not that bad after all (laughs).

Do you sometimes have problems drawing boundaries in your relationship - even though you know that this is the crux of the matter?
Yes. For example, I value healthy eating. My husband, on the other hand, is a passionate carnivore and eaters of white flour. This causes explosives, especially in the upbringing of children. When he made breakfast for our son earlier, there were rolls with Nutella. My heart was bleeding every time! Still, I said to myself: This is his son too. I can tell my husband what I think would be better - but on his territory, in this case his diet, I cannot change him. So I was wondering if I could live with that. And decided: When it's my husband’s turn, there’s white rolls. You have to find out for yourself: where are my real limits? And where can I leave the partner? Also out of respect for him.

"You have to take what you need seriously. Even when it comes to sex."

EMOTION: You say that the partner can wish for things - but I decide whether I will fulfill them. Isn't that selfish?
Berit Brockhausen: No. I have to ask myself whether I can feel good about fulfilling his wish. It is difficult for many to cultivate this positive selfishness. Negative egoism would be to get one's wishes through without asking the other person. Whoever does that loses - namely the partner. It's more about taking yourself seriously. Especially what you need.

Even during sex?
Yes. Let's take the example: He wants, she doesn't. Then he might argue that it's perfectly normal to have sex in a relationship from time to time. She, on the other hand, thinks that it is completely normal not to have a head for it when you are under stress. Actually, both say the same thing: If I show you that my need is justified, you will hopefully give up your unjustified need. This discussion is completely useless. Because both have their needs. No matter how justified it is. So you can't talk the other out of it. Even if couples try for hours.

How do they both get what they want?
Only because one does not have to force anything and the other does not have to do without anything. If someone wants sex or a hug, it is with a heart. In that moment, he needs the feeling that the other wants him. The couple needs to figure out how both partners can experience pleasure together. It doesn't matter that he already wants to and she doesn't yet. Why the stress? If she is tired, cuddling sex with little movement may still be possible.
# image10314right Many couples put pressure on themselves when things don't go well in bed.
Yes, it is quite normal that it doesn't come out of the blue in a long relationship. That happens extremely seldom. I even think it's a great achievement that you want to have sex in the evening with the very person you were upset about in the morning because the garbage was once again not taken out.

What are these couples doing right?
You manage to separate everyday life and sexuality. Sometimes they overlook the fact that they are annoyed with the other person and say: “Now I want it nice with you
to have. I think you're great and terrible at the same time, you lazy sock. And now come here. "

Your recipe for happiness for love in a few words?
I think the following sentence is great: "I want it to work, but I don't know how!" Most of the time, it's the same for the other. It doesn't matter that the solution isn't there yet. From the moment a couple goes on a search together, both are together again inside.

More about love and partnership: