Why can't there be a Trinity?

Think and live in three ways

An early Irish missionary, St. Patrick, can no longer help himself: how can he explain the mystery of the Most Holy Trinity to the Celtic infidels? On the endless pastures of the green island he found the saving idea: just as the three leaves of the clover leaf only form a real clover leaf when they are united, so it is with God: Father, Son and Holy Spirit, that is the Christian God. The shamrock, the shamrock, has remained an Irish symbol to this day, and has made its way into architecture in the Christian Romanesque churches with their cloverleaf-like sanctuaries.

Today is the Sunday after Pentecost: Catholics and Protestants celebrate it as Trinity Sunday. A high feast day, so high for Protestant Christians that the coming Sundays of the year are counted after this feast. And yet there remains a big caveat: do we have to talk about it? Doesn't that just make everything unnecessarily complicated? To speak of God is difficult enough, especially since the Bible does not explicitly know the term Trinity. Theologians developed it in the first Christian centuries and in this way summed up what the Bible speaks of. But even those who do not practice theology cannot avoid the sometimes arduous reflection on faith. Jesus speaks of God as his Father and our Father. Towards the end of his life he promised his disciples the Holy Spirit as the guarantor of his presence among people.

To be one and at the same time open to the other
Therefore, speaking in a Christian way about God and believing in him means confessing God as Father, Son and Holy Spirit. In the religious mix of our times, this is a unique Christian feature. From this you can recognize us, the naming of the triune God as Father, Son and Holy Spirit belongs to the primeval elements of Christian prayer and preaching, not least when we make the sign of the cross in the Catholic tradition.

What one should actually tell in a long story is summed up in this term: Trinity, one God in three persons, as theology puts it.

A god, but he's not a lonely one: the big stars on the high podium that stand up there, unique, but often very lonely and lonely. Many unsuccessful relationship stories of such lonely ones make you think, great, up there on the podium, and yet so terrifyingly lonely and poor in relationships.

To be completely one with oneself and at the same time open to others, that is the secret of the Triune God: he is one God and at the same time he is the relationship between Father and Son. And the Holy Spirit is the bond of love between both, the kiss of the father on the forehead of the son, as a doctor of the church once put it.

Orientation for your own life
Orientation towards the Triune God, that could be a good direction in life: on the one hand, be completely with yourself, be one with yourself, but not as a lonely ego, but in relationship, oriented towards a you. Only in this lively tension, of being one with oneself and living in relationship, can human life really succeed. Always a difficult task. To speak of the Trinity repeatedly addresses this basic problem and points to the source where the strength gushes for such a life.

To be completely at one with ourselves and at the same time to be open to the people around us, that would be lived threefoldly every day. That would be a therapy against self-alienation and lack of relationships and loneliness as the needs of our society today.

Talk of the Triune God - does it just make things more complicated? Maybe, but life is sometimes complicated, being completely at one with yourself and at the same time being open to others, that's not easy, it has to be learned. Belief in the Triune God shows the way. This is the direction we go when, as Christians, we confess God as the Triune God, as Father, Son and Holy Spirit, spoken in the sign of the cross, that by which we are known, then and now. 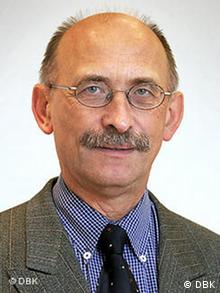 About the author: Father Hans Peters SVD has been a member of the Order of the Steyler Missionaries since 1967, in which he has worked in many different functions and is still active today, including youth work, as novice master and in the rectorate of the Mission House St. Michael in Steyl (Netherlands). The sought-after pastor and life coach has been working as a pilgrimage pastor in Goch on the Lower Rhine since 2008. Since 1994 he has been writing regularly for the Christian family magazine "Stadt Gottes".